Has this summer been FLYING by for anyone else? With rehearsals and working on things for the show and our impending next rehearsal period where all the technology has to be finished and working and good, it seems like time has been progressing much too rapidly for my taste. We finished the first rehearsal period a week ago, with basic blocking completed, but still to fully integrate the performance sensing systems I'm working on, the interactive visuals, or the robots (lots of rehearsals with people carrying around music stands and pretending to be robots, though...) The technical elements had just started being worked in. So...in a week and a half we load into the theater where we're rehearsing in Boston, we have a week+ there for tech before the performers come back, and then we have a week more of rehearsals and an open dress rehearsal. Then we pack up everything up and ship it to Monaco, where the opera will have its premiere, and meet it in September for setup and the show. It's going to be exciting/terrifying.

Just for fun, a blurry picture of me with some of our robots (taken by a coworker with my camera): 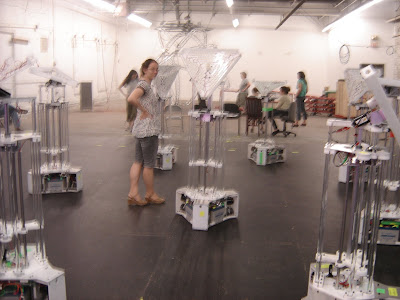 The big bad news from last week: I'd left my work laptop in our rehearsal space at the lab over the weekend, and when I got back it was no longer there, nor was the not-recently-backed-up opera code that I had been writing. Fortunately none of the other gear in the space had been touched, but unfortunately I then had to spend most of last week recreating my code. But now I seem to have everything back up to speed, I think...but wow. Back up your code, everyone. Or, you know, whatever else it is you work on.

Some good news: the lovely Tieka of Selective Potential re centlyhosted a giveaway by Annie of Time Enough for Drums, who has a great Etsy shop, Timely Vintage. I was the lucky winner of a Timely Vintage gift certificate! I picked out a couple of items from Annie's shop, and she sent them immediately. Everything was carefully wrapped and beautifully packaged! 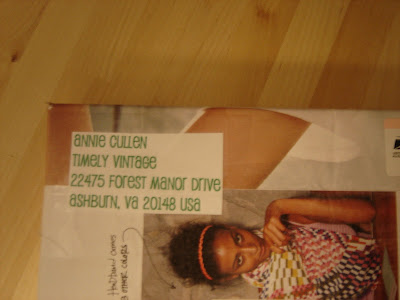 I got a beautiful pink vintage eelskin purse...the texture is amazing! (I wasn't sure I liked the idea of eelskin, but this is such a great piece...) 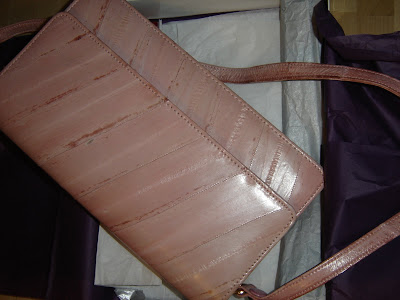 And this vintage owl brooch, which I had my eye on since I saw it in the shop. He's got so much character! So, thank you, Annie and Tieka! 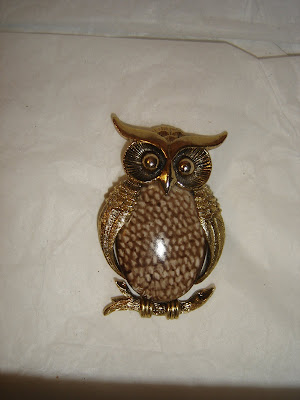 And why not an outfit from last weekend. I wore this for running by a couple of garage sales and a brunch production meeting (though I'm not sure that "brunch" is the appropriate title for a meeting that runs till 4PM...). 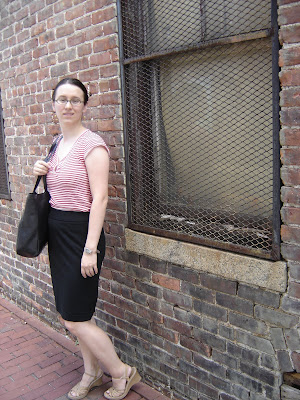 Hope everyone had a nice Independence Day weekend! I'll post some pictures of the Boston fireworks later...
Posted by Elly at 8:07 AM