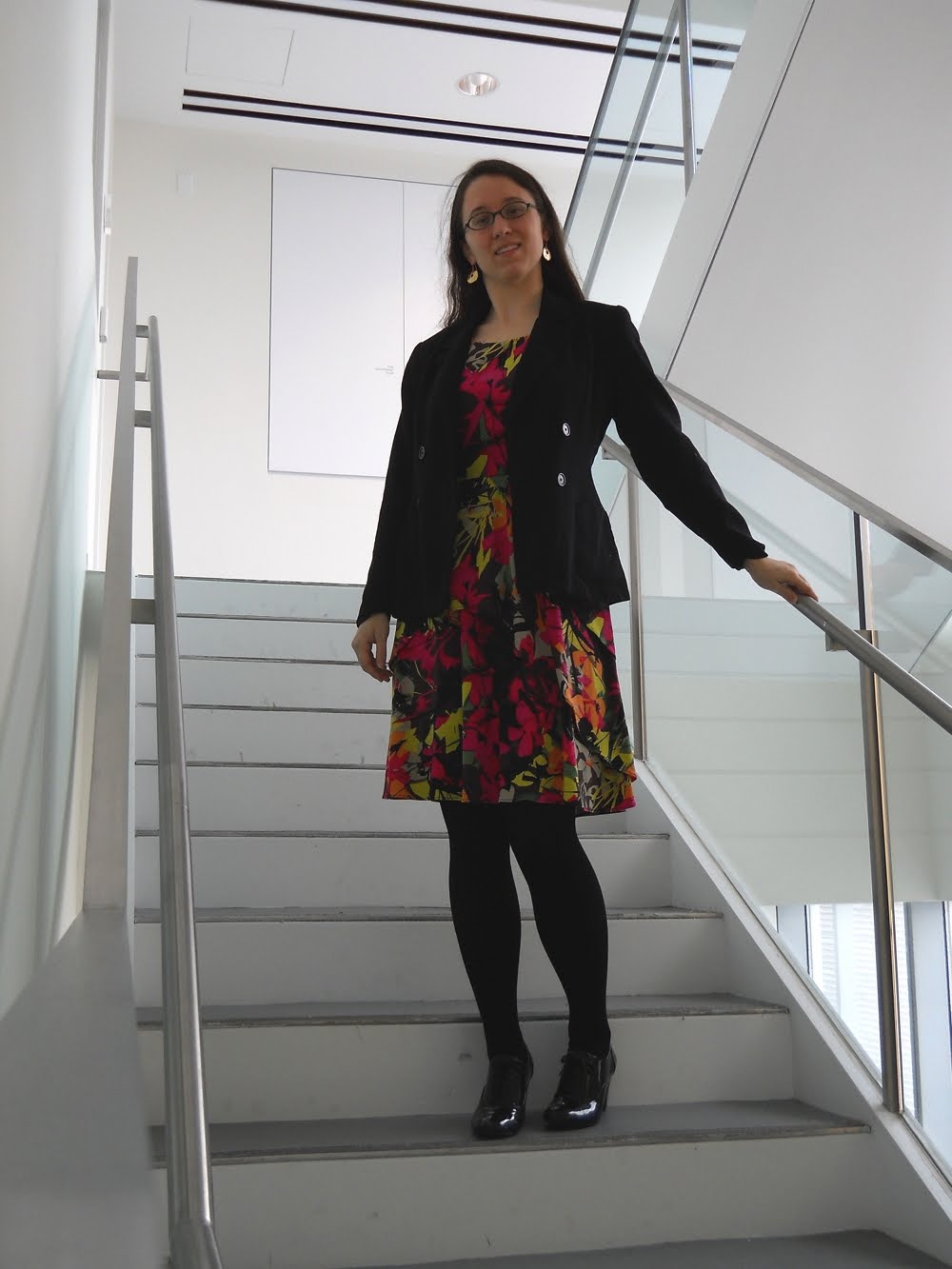 I wear this dress basically...all the time since I got it last February. Works for every season, fits well, and I wear it as often as I think I can get away with it (which ends up being every couple of weeks, primarily because that's my laundry cycle).

I wanted to use last Friday's Fashion Beauty Friend Friday post to jump back in on this whole blogging thing...all is fine, I've just been very busy with work (a lot of projects taking off at full speed, a trip for a week to SXSW with others from my lab, diving into piles and piles of reading before my general exams in June) and home (visiting friends, spending time with family, attempting to maintain some semblance of order in the apartment, whatever it is I do to waste time on the internet). I also definitely intended to post this last week.

But so, FBFF! Today we're looking at something that's come up around magazines/the internet about fashion/style bloggers, the idea that many wear outfits or items of clothing only once. (See Arash's post on the Wear It Once Disease for one of the pieces that sparked this discussion). Since there's a photographic record of their outfits, they apparently can feel pressured not to repeat an outfit. This has certainly been an issue at times for celebrities, with the paparazzi ready to jump on someone for wearing the same thing to multiple events, but is it true of regular people who take and post their own pictures? Or, in the age of social, doesn't everyone have some pressure, when they know the pictures of them at their cousin's wedding will end up on Facebook next to the pictures of the two other events they wore the same outfit to that month? I don't have much knowledge about the "general" opinions of women or style bloggers, but I thought it'd be interesting to explore my own relationship with repeating outfits/single-use outfits. 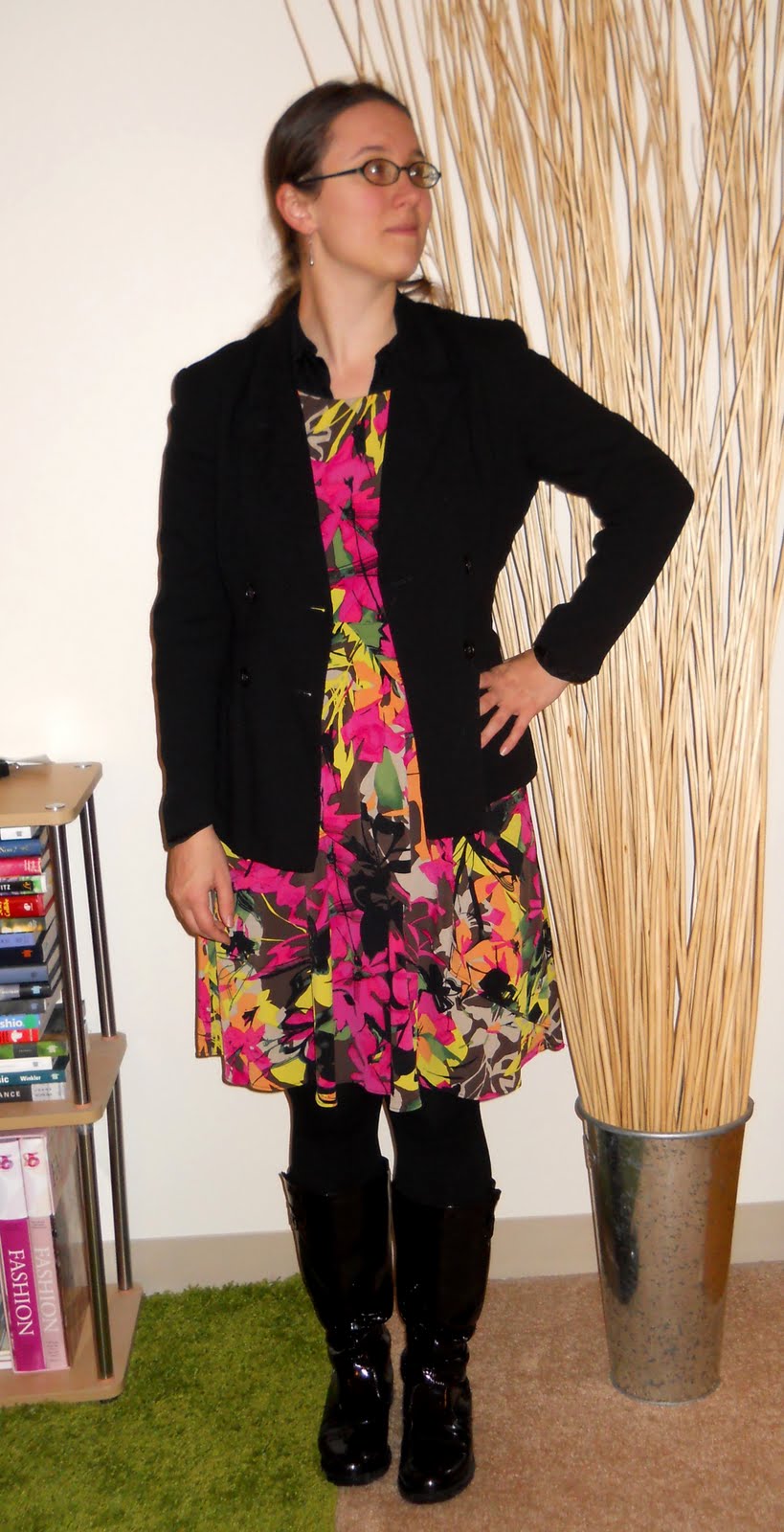 Basically the same outfit except for the shoes, but from January 2012.

No, I enjoy seeing how someone can take the same piece of clothing and create a variety of different (either subtly different or extremely different) outfits with that. It gives me inspiration on what I can do with clothing items that I normally only wear in one way. Though I admit to have occasionally gotten bored at times when seemingly everyone in the blogosphere was doing some variation on wearing only 30 things for 30 days...less because of the remixing and more because people perhaps tend to choose more straightforward clothing items when they know they have to make a number of outfits out of them.

How about you all? Do you have a closet of tried-and-true workhorse pieces of clothing, things you've only worn once, or somewhere in between? What do you think about one-time-use clothing? If you're interested to see what others have to say, check out the FBFF Roundup!
Posted by Elly at 8:32 AM