This weekend, I refashioned another pair of shoes. I started with some cream pumps that I'd gotten at the dollar-a-pound quite a while ago...I'd worn them once or twice, but cream wasn't proving a really wearable shoe color for me. Also, as they were fairly old, they were already scuffed and had some dark smudges on them. Worthy of a renovation! 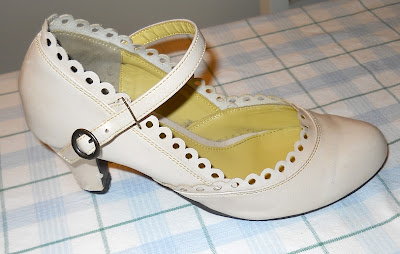 So I grabbed some nail polish... 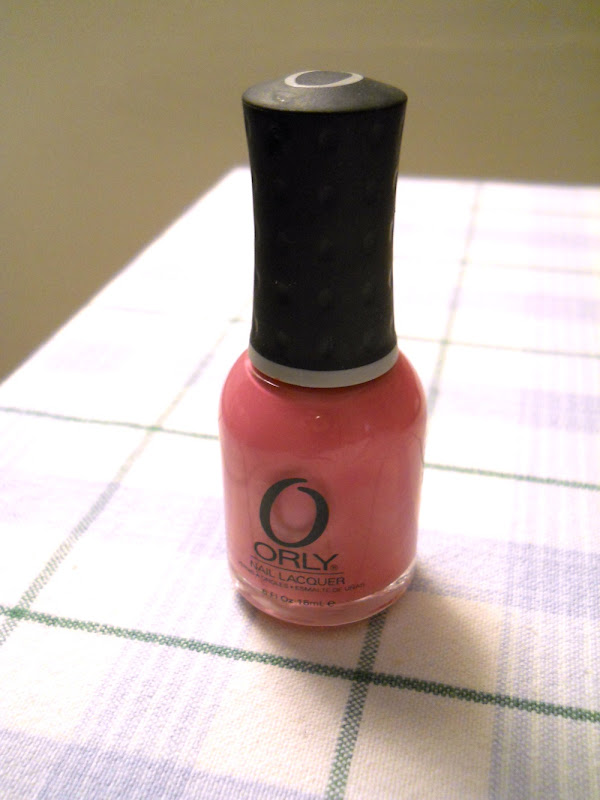 Covered the trim and soles with masking tape, and painted away with the tiny nail polish brush: 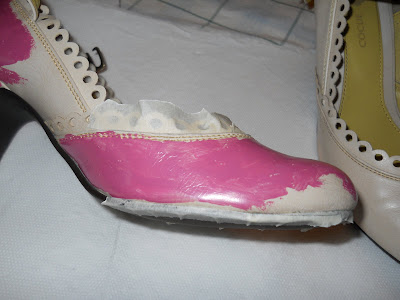 After some detail work and a couple of coats in a few places, I had pink shoes with cream trim: 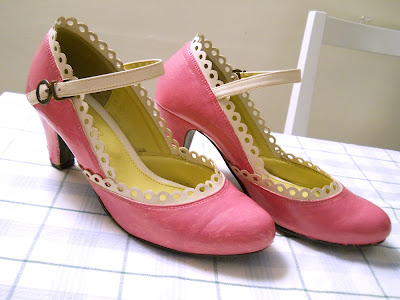 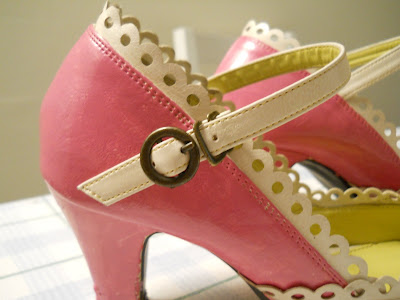 I wore them yesterday with a black-and-white floral dress for a bold bit of color (no pictures, sorry!). Definitely a lot of fun!

And, for the IFB Challenge #2, a brief haiku:

What else? I've been keeping up with my goals for Me-Made June of wearing at least one refashioned or self-made piece every day, but I haven't really been documenting the process this time around. I'm also going through a major decluttering phase...am completely hooked on decluttering and organization and home design blogs right now! However, this desire to clean up and streamline my closet and my apartment doesn't play so well with my pack-rat/magpie/lover of collecting beautiful things tendencies. For example, I read the forum posts on Unclutterer about things people are giving away/trashing/donating/getting out of their homes, and I find myself both inspired to clean out more myself and wishing that I lived near their thrift store so I could pick myself up some of those rejected items!

So, last weekend, I worked on cleaning out the wardrobe where I store my dresses (of which I have a ridiculous number...my style has swung very heavily to thrifted dresses in the past few years). I wanted it to look like this, with a small assortment of my favorite carefully-chosen pieces: 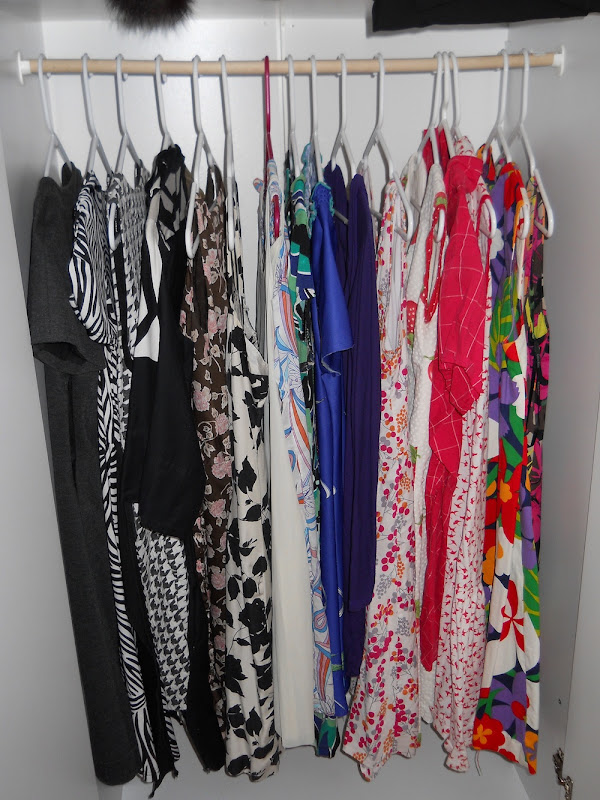 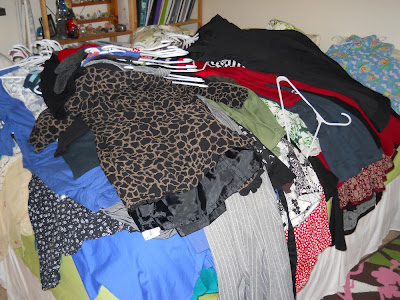 Reorganized and after some dresses that just don't fit me/look good on me/end up getting worn were given to Goodwill, the closet looked like this (a major improvement from before): 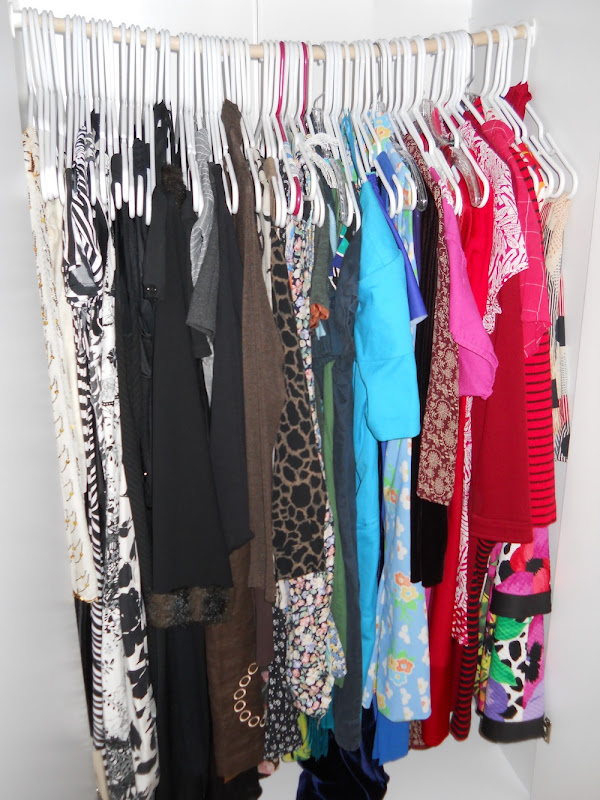 And here's what I'm wearing today, now that it's finally back to summer in Boston (after a week of rain, clouds, and temperatures in the 60s)...cleaning out my closet has reminded me of some pieces that will work well this season! 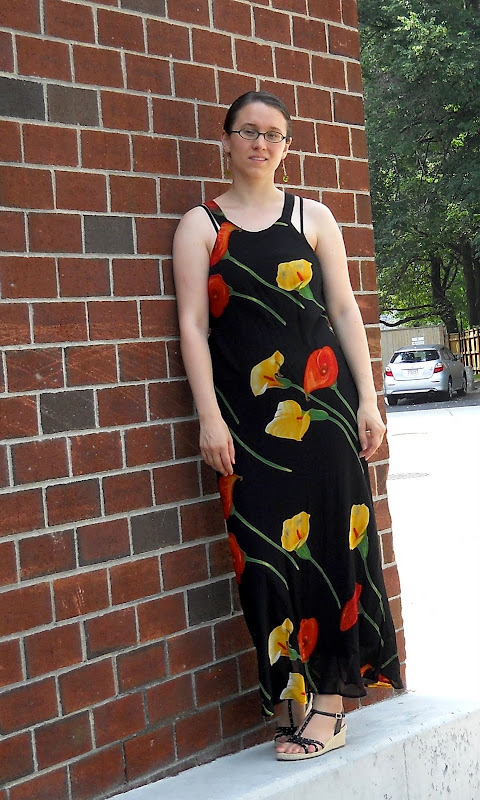 Hope everyone is having a good last week of June! Can't believe it's almost July...
Posted by Elly at 12:00 PM 9 comments 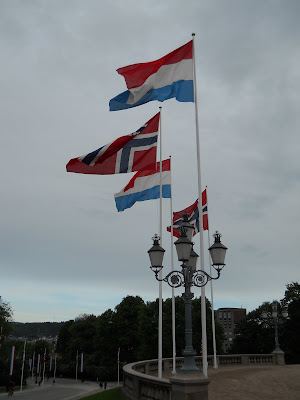 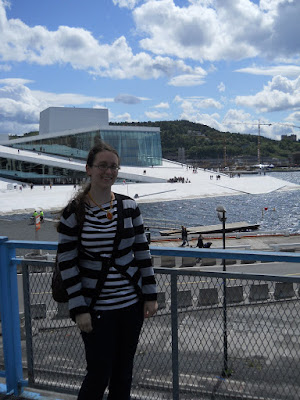 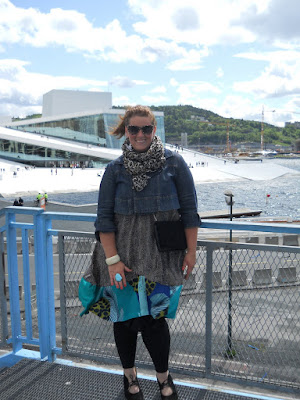 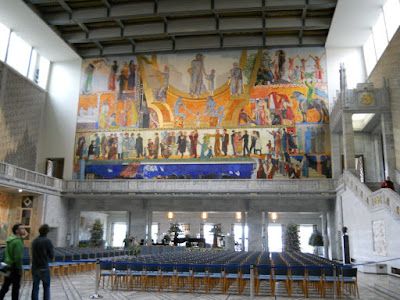 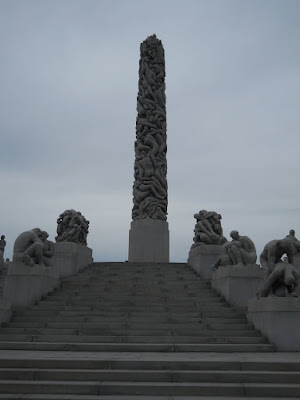 How has summer been treating you?
Posted by Elly at 6:13 PM 1 comments