Just wanted to pop my head in and reassure you all that I'm still here! The last couple of months, my spare time primarily went to directing a musical for the university's musical theater group...we did a production of Children of Eden, a show based on stories from Genesis retold to be about parent-child dynamics. I've done some directing/choreography of smaller pieces, but this was my first time directing a full-length musical (for which I also did almost all of the choreography). Amazingly fun, and kept me amazingly busy!

I wanted to share just a couple of pictures from our final dress rehearsal. At this point, the set wasn't finished (the beautiful, dangerous Tree of Knowledge made out of cut metal leaves was still bare) and we didn't have lighting cues... but it's a taste of the show. 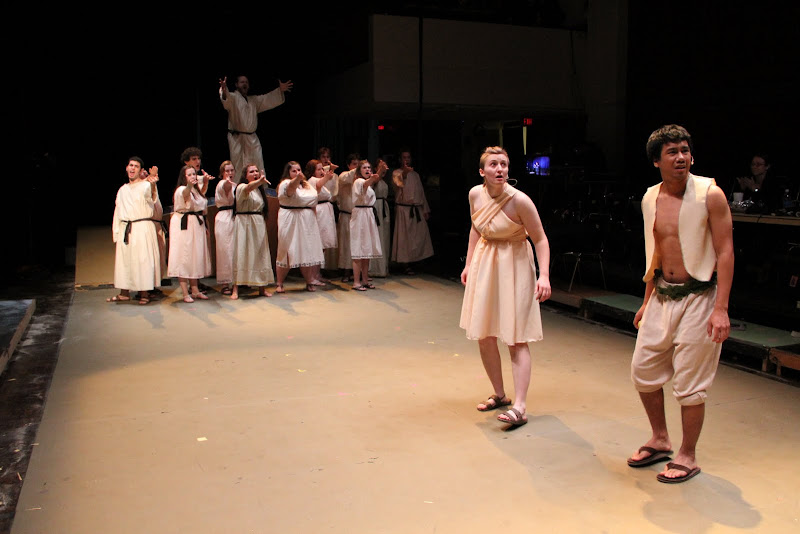 Adam and Eve are banished from Eden. 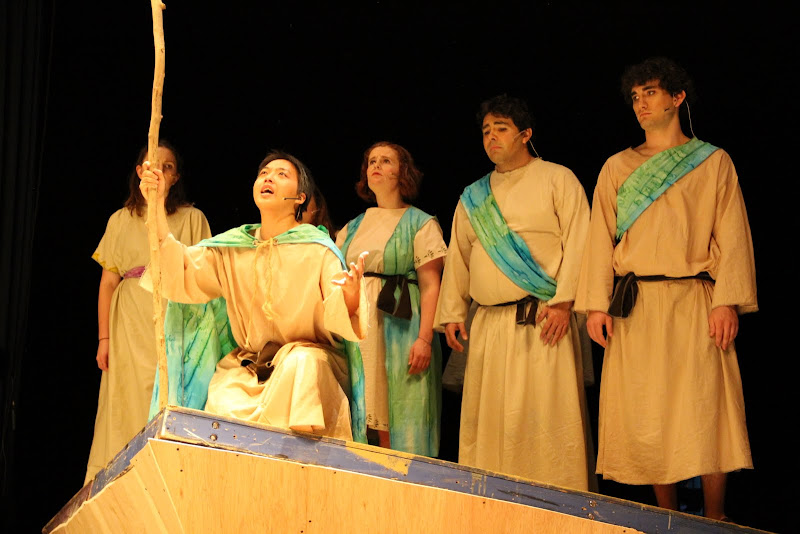 Noah and his family on the Ark 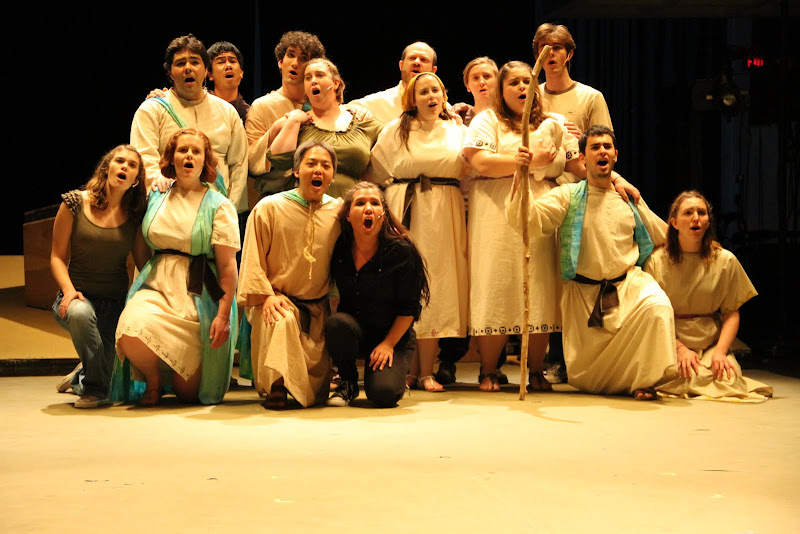 At the end, the cast appeals to the audience to find their own Eden.

What else has been going on? I've been working on the proposal for my Ph.D. general exams, due next week; basically you pick three areas that you want to study (that overlap to form the area of your planned dissertation research), read a lot in all of those fields, and then be tested (in written and oral exams) on your ability to think through problems in those areas and how those areas can connect. I'll be taking these exams in June.

I've been doing some cooking and baking and holding brunch parties...the thrifted waffle maker has been getting some good use. Also, fresh cranberries in waffles are amazing. The boyfriend and I had also been talking for a while about getting a bread maker, but weren't yet willing to pay the fairly steep prices for one. However, we found a machine in a local thrift store, with an "as is" tag on it... since the tag read in full "$2, as is," we had to get it and at least give it at try! 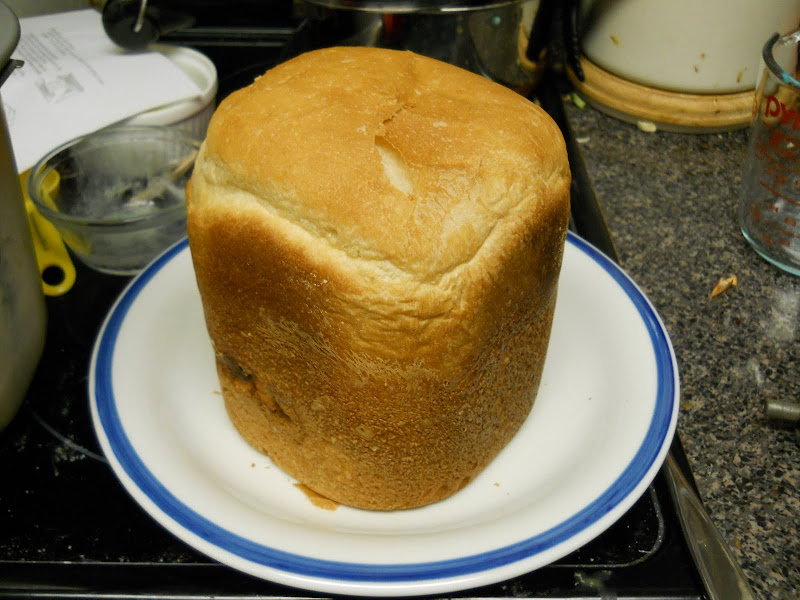 Result: bread! I can now make INFINITE BREAD with basically no effort! I've since tried a buttermilk dill loaf, which was really nice. Raisin bread will likely be the next attempt.

And now we're already coming up on the holidays much, much faster than I realize. I can't believe it's December -- the sun seems to be setting so much earlier than I remember happening in other years. The dark and cold have really hit me harder than normally; with it getting dark by 4:30, I have no idea when it's actually time to go to sleep. Strange! Anyone else looking forward to the return of more light and more warmth, or are you excited for snowstorms? (or both?)
Posted by Elly at 9:30 AM 0 comments