My latest refashion started out with this: 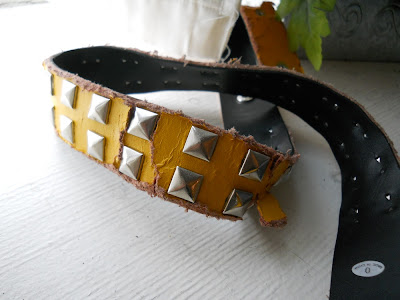 I've never really thought of "punk" details (studs, safety pins, etc.) as part of my potential style options. But...for some reason, when I came across this studded belt at the dollar-a-pound, all I could think of was how fun it would be to take the studs off the belt and use them for a clothing refashion. I used a pair of pliers to straighten the prongs of the studs so I could pull them out of the belt, leaving me with a pile of studs.

At first I was thinking about using a few on the collar of a shirt, but this thrifted men's shirt decided it wanted to be made into a skirt. (I'd grabbed it for the boyfriend, not noticing the big logo on the front...) 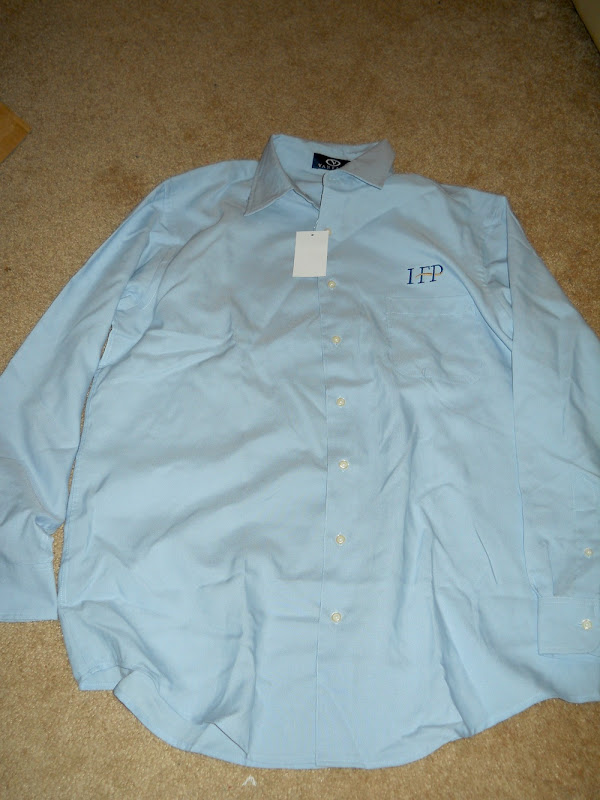 So I cut across the shirt from armpit to armpit, and folded over the top of the piece and sewed it with enough space to form a casing for elastic. This seems to be my recipe these days for making a simple gathered skirt from a shirt. 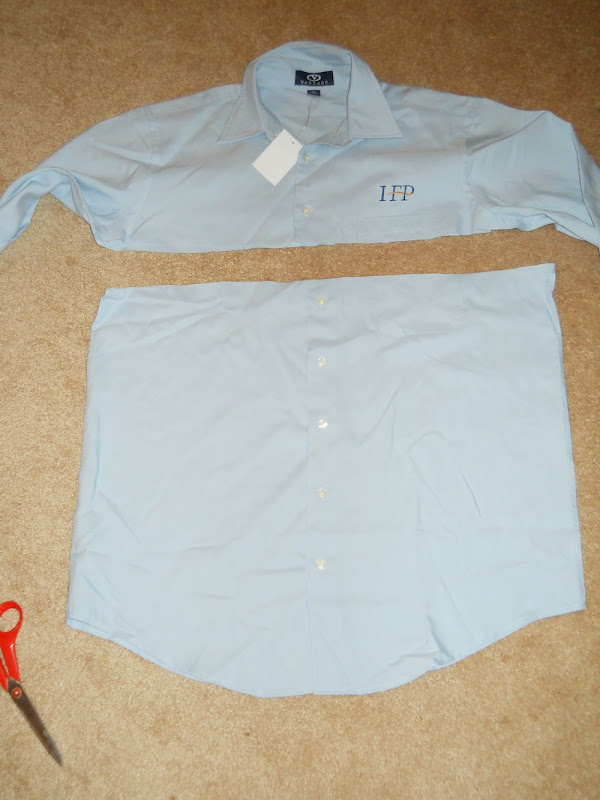 Then it was time to pull out the studs and decorate! I chose to put studs along the curved hem of the piece, as well as covering up the buttons on the front. These particular studs are made of very soft metal, so I basically was able to bend the prongs into place with my bare hands. 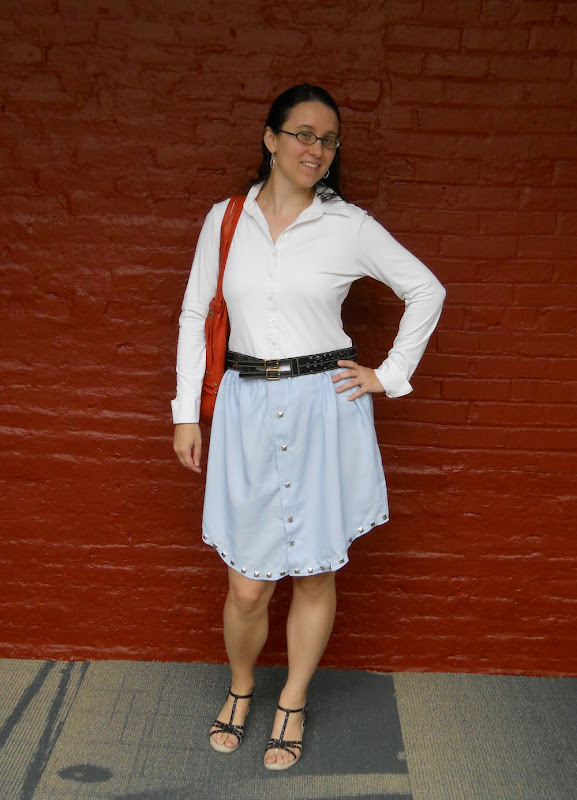 I like how the finished piece is still fairly delicate, even with the studs...and I've still got more studs left over from that belt (which are mostly going into doing something on the collar left over from the shirt...), and another set from a second studded belt I'd found the same day. Now, what else can I add studs to? 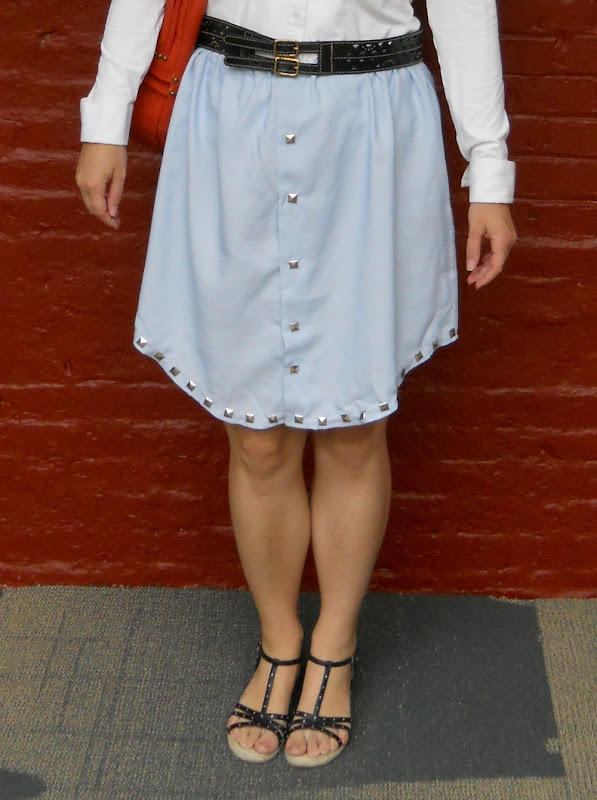 I wore this to the Lab last week, and thought it worked quite well. Though perhaps I'd prefer wearing it on a day when I wouldn't just be sitting in front of my computer...I could definitely feel the studs pressing into the back of my legs by the end of the day.

Hope everyone had a nice weekend! I went to the Brimfield Antiques Show on Saturday, and brunch with my group at my adviser's house on Sunday...so a good weekend, but over very quickly...
Posted by Elly at 4:43 PM

Oh, I like this idea.  The studs would add a sort of weight to the bottom of the skirt too to make the hem less likely to flutter.

hehe cute : )nice job
hey there :) i just subcribed to your blog..please subcribe back,i'd love to comment some more..take carexx,B

I love how the skirt dips down in the middle and the studs really changed the look!  I'm just starting to be interested in refashioning and I'm looking forward to linking up on Friday.  Debbie  http://thriftygirlvintage.com

Wow! I cannot even believe that was a shirt! Amazing job!