Back on the NaBloPoMo Bandwagon

Hope the summer has been treating everyone well!   I know I've been off enjoying summer (though that makes it sound like I haven't been on the internet; I've been on the internet plenty), and thought that doing another NaBloPoMo month of blogging would be a good kickstart to get me back on the blogging wagon.  So what have I been up to while not spending much time round these parts? 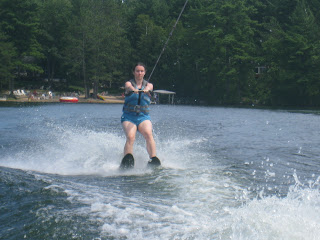 Hope everyone has been enjoying the summer so far!  I can't believe it's August already...this month is going to go very, very fast, I suspect.

Edit: clearly, it's now August 2.  Wrote the post yesterday, waited to add the waterskiing picture later, and ended up helping a friend move and completely forgetting that this still wasn't up!