Another time out for these gold shoes in honor of “Shiny Shoes Tuesday!” And did I pair them with this striped shirt a couple of weeks ago as well? Hmm, I think I might have! The perils of keeping an outfit record...I suspect I'll start repeating myself a lot fairly soon. Or I'll figure out how to be more creative/wear the pieces that stay in my closet most of the time. Preferably that second one.

Kind of a busy day today, so I wanted to be comfortable! Group meeting, a demo (which ended up not happening, but still…), working on a class project, preparing for a presentation I’m giving tomorrow, starting to get set up for a big lab open house at the end of the week. Makes me wonder when I’ll have time to start writing this thesis. At least I don’t have several days of rehearsal a week now, so I might even start to have a life outside of work again? Maybe? I'm not entirely even sure what that would look like. I'll be going down to NYC to visit the boyfriend this weekend (the first weekend I've had without rehearsal for two months), so that'll be nice. 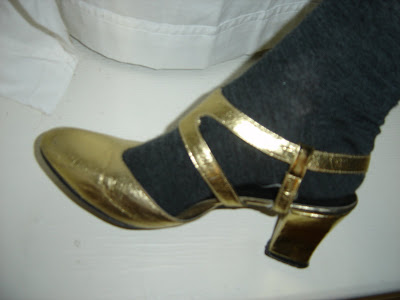 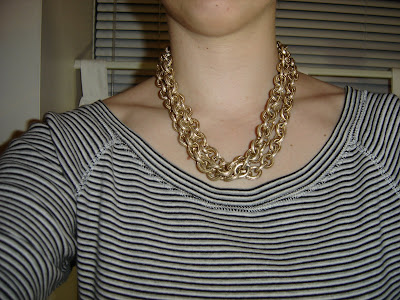 Also, another outfit to catch up! 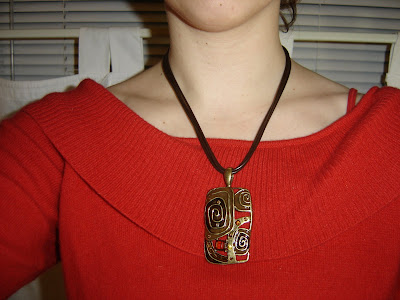 This was Monday’s outfit for my day at the lab…felt like some color, and this red cashmere sweater seemed to suit the mood. I finished my performance thing on Sunday night, and it went pretty well! However, I was a bit down in the dumps on Monday because it was all over and I wasn’t fully satisfied with all of it…well, I was more satisfied with it as a performance event than as a fitting test of this gesture technology system I’ve been working on. Plus, I’d asked people for their critical feedback…and, well, that ends up getting me a fair amount of criticism! But I’m feeling better about it today, and I’ll have a lot of interesting things to discuss in my thesis.

For instance, something that's interesting for me to think about is what happens to the audience's perception of a performance piece (especially a dance piece) as soon as they are told, "This is a dance piece that uses technology!" I gave a very brief introduction to the work in which I introduced it as part of the evaluation of my master's thesis work in gesture technologies for performance, and asked for the audience's feedback. I purposefully did not say anything else about what the gesture system was, how it worked, what sort of things they should be looking for, lest that color their view of the piece. And yet, even just saying, "there's technology, and it has something to do with the movement," invites an audience to observe the performance in a very different way, trying to find the connections between the technology and the choreography. Additionally, asking for feedback may have put some audience members in the position of watching the piece more critically...

In any case. Lots to write about in this thesis. The writing should start soon, I hope!
Posted by Elly at 11:06 PM