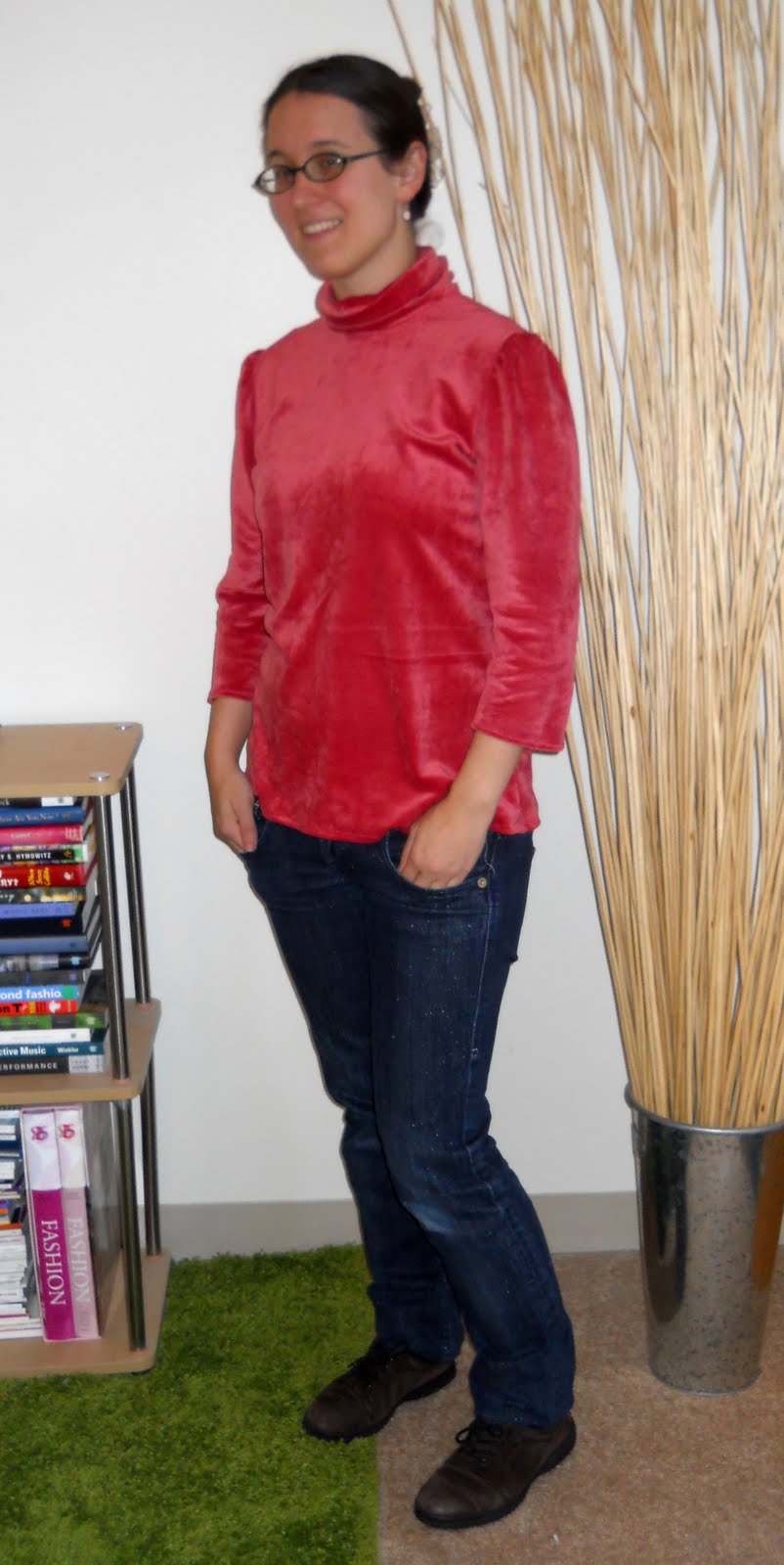 Here's the shirt that I mentioned yesterday...my Saturday afternoon/evening sewing project. The velvet was leftover from a skirt that I'd made with my mom shortly after I got my sewing machine several years ago. I had just enough to finish this shirt...well, at least by making the collar out of two pieces instead of one, and by ending up with 3/4 length sleeves instead of full long sleeves. And cutting the body pieces the wrong way in relation to the nap of the velvet...well, that wasn't so much for lack of fabric as by accident. 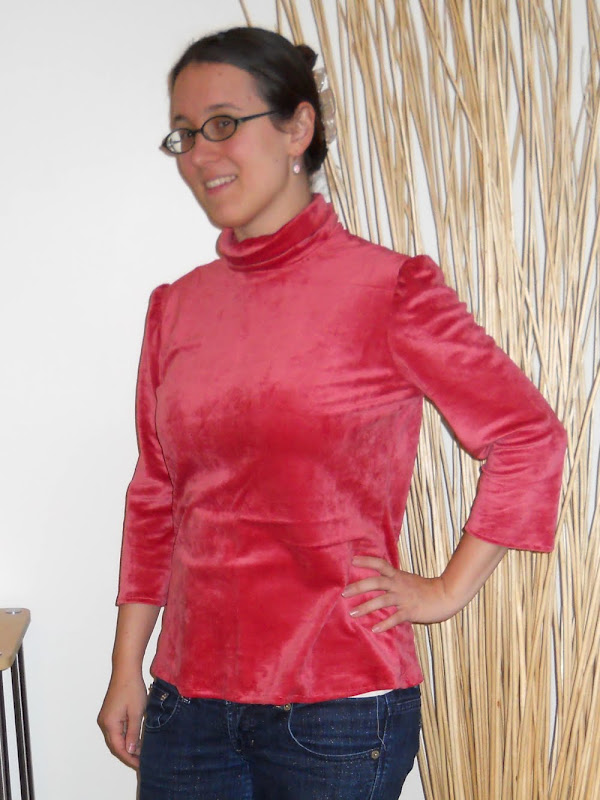 This pattern worked up fairly quickly, especially since I decided to try using pattern weights instead of pinning my pattern to the fabric. And when I say "pattern weights" I mean a few cans from the pantry cabinet used to hold the pattern down. I'm now quite a fan, especially as pinning pattern pieces on is one of my least favorite parts of sewing. Well, that and zippers...but at least I'm getting slowly better at zippers. This top has a zipper in the back, which went in fairly well. 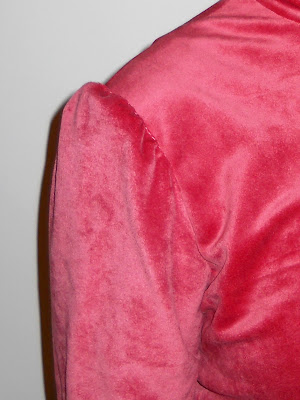 I also hadn't realized that the sleeve would end up having quite so much gathering on it. I'd originally tried to skip the gathering step ("I can just pin the ease in!"), only to find there was quite a bit of extra fabric...so, gathering it was. I think this detail probably is accented by the heavyweight nature of the fabric, too...if I made this shirt again, I'd do it in a lighter knit. I might make this again, now that I've figured out how to do it (including the fold-down collar detail).

All in all, this shirt actually makes it into the "quite wearable" pile, I think. I wore it out today for dim sum brunch with a friend (so many amazing pork buns! Why have I not eaten in Boston's Chinatown before now?) and running some errands. Comfortable, warm, and doesn't obviously look like I made it? Works for me!
Posted by Elly at 10:25 PM